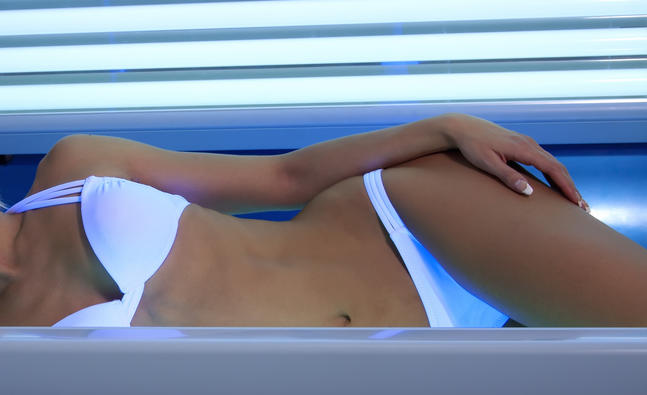 Indoor tanning – or simply tanning – has the person who wants to achieve a golden brown skin in a matter of minutes inside a tube that uses special light bulbs to bombard them with harmful UV rays. Usually, you have the good sense to avoid them when outdoors.

Unsurprisingly, indulging in such practices leads to significantly increased risk of skin cancer. However, there is some good news: indoor tanning rates among American adults are declining, as shown in a new report of the Center for Disease Control and Prevention (CDC).

As it usually goes, there is bad news as well: CDC said rates are not low enough, even with the recent decrease. Every year, almost 10 million adults knowingly enter expensive cancer tubes that do more harm than good.

In 2010, indoor tanning beds were popular among a staggering 5.6 percent of the general population, a number which decreased to 4.2 percent in 2013. Tanning salons are mostly frequented by women, who account for most of the registered drop. By 2013, 1.6 million women had given up on artificial tanning, compared to just 0.6 million fewer men.

In spite of the drop, 1.9 million men and 7.8 million women are still big fans of indoor tanning. Senior author of the study Dr. Gery Guy Jr summed up the problem rather swiftly: “The tan is temporary, but the risk is permanent.”

According to CDC, skin cancer is at the top of the list of most common forms of cancer in the U.S., with an estimated 137,000 people being affected by it only in the 2015 alone. Skin cancer is believed to have an annual death toll of roughly 10,000 people.

Tanning salons were targeted by the government’s “Healthy People 2020” program, as the cancer initiatives intend to reduce them with 3.6 percent. In that regard, any drop in the usage of American adults is a good step in the right direction.

The 18-29 demographic, however, is the one that needs to be made more aware of the risks they are exposing themselves to, as the 2013 report still had them using tanning beds at a rate of 8.6 percent. Starting an indoor-tanning habit in your early 20s usually means you’re more likely to continue using them.

Instead of knowingly bombarding your skin with harmful UV rays, try going outside and let the sun do its thing naturally. Sensibly wearing the right type of sunscreen when you go outside will both protect your skin and offer you the chance of taking in more healthy vitamins while blocking the bad stuff. You should try it!
Image Source: All 4 Women